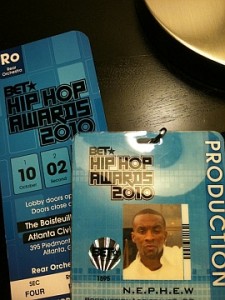 With all the hype around Rockie Fresh’s new mixtape, entitled The Otherside, it only makes sense that it was done right here at Studio 11.

Rockie’s whole project was produced by longtime Studio 11 clients, The Cartoonz, who have been more than busy up here lately, check back often for more of their gorgeous work.

The above record, “A.C. Green” is the intro to the mixtape, featuring a scratched Kanye West sample on the hook. The rest of the production is nice and eerie, with some low pass filtered drums, and lots of LFO swept pads. Considering its position on the mixtape, we went for a crystal clear, un-stacked lead vocal for Rockie. No doubles were used, nor does he have any ad-libs. To add some space to the vocal we threw on a darkened 1/8th note delay, and some Sony Oxford reverb. To tame a vocal mixed this loud, 2 de-essers were used at tuned frequencies to handle the sibilance. 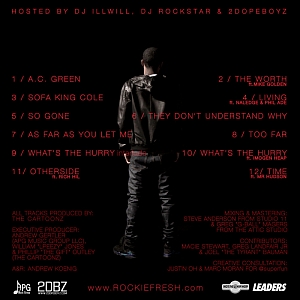 Upon last checking in with Rockie and his management, “The Otherside” was approaching an amazing 30,000 downloads! I can say with confidence that this project was done the right way, top to bottom, with top notch production, perfected performance, stellar internet promotion, clean artwork, and of course, our engineering!

With the buzz started by this project, Rockie is sure to be out soon with a follow up, look out majors!

RON CARROLL MIXING “CAN’T WAIT FOR TONIGHT” IN STUDIO A

When I stop to think of Chicago House music, there’s simply no way I can’t think of DJ Ron Carroll. Not only has Ron lit up dance floors the world over from behind the decks, he’s provided other DJ’s with a bounty of soulful house classics from Barbara Tucker’s “I Get Lifted” to his comedy rap “Walking Down The Street (With My Nikes On)”. The first time I met Ron was about ten years ago in Cannes, France at the Midem festivaI. In the years since, I can fondly remember promoting nights with Ron on the decks – some of the most enjoyable at the club AND on the dancefloor! 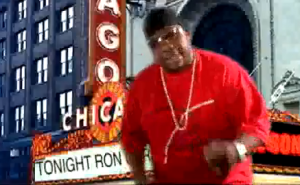 For holiday time, Ron whipped up “Can’t Wait For Tonight” on a whim one morning. A few hours later he dropped me a line to mix the track up in Studio A. The track kicks out with a BIG hard kick and splashy techno synths. For the kick and drums I went to my trusty ELI Fatso compressors with a touch of Focusrite Red compression to pull out some snap. The rest of the track went to the Manley Vari-Mu for a nice smooth, thick fill. Ambient processing came via the Lexicon 300, Sony M7, and Sony R7. The track took quite a bit of equalization across the board – a task for which the Oram-Trident is famous. There was also quite a bit of work in Protools, but hey – who care’s about that?! We wound it up with some mastering touch-ups, making use of the Focusrite Blue 315 equalizer, Manley Vari-Mu, and Waves L3 limiter. Overall, I feel the processing highlights the hard driving feel of the rhythm married with the smooth classic R&B feel on Ron’s vocals. There’s very few artists who can captivate such a cross-genre vibe successfully.

Be sure and check out Ron Carroll anytime he’s on decks around the world! You’re sure to have a top-notch night!

Ron can be found on the web at: 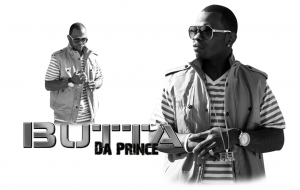 GET THE EMBED CODE

Its Saturday Night Live! At Studio 11 that is….

Flyy City Entertainment’s resident R&B artist C-Rich came through for a really productive session. In 3 hours, he was able to knock out 2 full songs, and make some edits on 3 others. We get to hear C-Rich talk briefly about his upcoming project, “Back Seat Music,” and watch him record parts of his new song “Alone.”

Mr. Rich is really organized in the studio, so sessions with him are always relaxed and a lot of fun. The song featured in this video blog is a heart felt, somber piece. Some notable techniques were used on the mix side of this record. The hook clearly took a back seat (no pun intended) to the lead parts… so we went for that “dreamy” and “airy” background vocal sound… The main vocals are speckled with delays and a nice Sony Oxford plate reverb emulation.

C-Rich and the whole Flyy City team seem to be gearing up for a big year….I for one cant wait!