Here’s a preview of my latest column appearing in GC Pro magazine next month:

The walls in the room have been treated with beige acoustics panels and there are two DAWs and several synths on the desk against the wall. On surface its just another home studio, but the music that is created in the space is anything but typical. It’s the workspace of electronic music producer, Nathaniel Shreve. Over the years, he has developed many techniques for creating unusual sounds and sonic textures.

Shreve, other wise known as Hidden Variable, created a unique brand of techno that has been pulsating in dance clubs around the world for nearly a decade. He also was one of the pioneer’s for live techno PA in the Midwest using a combination of software sequencers and hardware synths. His home studio serves as his base for his electronic productions as well as a sound design lab where he creates his own sound libraries for sale on the web. The libraries are a result of the meticulous productions he undertakes where he converts his studio into one big modular synthesizer. His approach is a culmination of years of experimenting with synthesis and electronic music production.

Shreve scored his first success with in 2001 with the single “Rain”, a vinyl release on the Digerati imprint. The seductive melodies and artful production created a buzz among DJs and club goers alike. Shortly there after, Shreve moved over to Kompute records where he released another vinyl success called, Misha’s Story. The track was a cult hit among DJs, the machine-like textures Shreve created where very popular in the high-energy club scene. Shreve continues to release his mixes on Kompute Records which to this day have earned him a cult following and underground success.

As you expect for an experimental artist, Shreve’s production is rooted in his years of tinkering with synthesers and programmable effects. His philosophy for creating music revolves around building unique sounds and patches from the ground up. In years past, he would create his own synth patches by utilizing a combination of analog machines like the SH101, Arp Odyssey, Roland 909s and 303s. Once he had mastered those synths, he found the need to expand his sound palette.

Shreve’s solution was to move into advanced digital synthesis on the Kyma Capybara, an advanced sound design workstation. The Kyma was a groundbreaking instrument for Shreve because it allowed him move beyond the “analog only” stigma and embrace multiple forms of synthesis. This process served as a platform for Shreve’s productions, by controlling the rudimentary sounds he could then sculpt effects as an integral part of the synthesis.

Recently, Shreve added another aspect to his production rig – he utilizes a collection high-end analog processors to further sculpt his sound palette. The rack of outboard analog processing includes a collection of analog coloration devices, including the Thermionic Culture Vulture, Sherman Filterbank, and Mutronics Mutator. Besides sculpting, Shreve is affecting his synth signals with varying degrees of harmonic distortion. Many of the most respected electronic music records of yesterday year are admired not only for their beautiful compositions, but the organic sonic nature as a result of synths sounds reacting with transformers housed inside the large format recording consoles of their time. The reaction created rich harmonic overtones and complexity of tone that have made classic electronic records stand the test of time. Of course, these days many records are mixed in the box where synth sounds do not have the opportunity to interface with analog tubes and transformers. By incorporating outboard coloration devices into his production, Shreve truly blends the best of technology from the analog and digital worlds into his recordings.

After years of keeping his studio secrets to himself, Shreve embarked on a project this year to make many of his drum sounds available to his fellow electronic music Illuminati. His collection of meticulously tweaked drum sounds called Driven Machine Drums was released in a limited edition set by the US based company Tonebuilder. Soon after the drums collection was released in late fall of 09, Shreve found the set were selling at brisk pace and has no plans to re-release them when they sell out. “Once they sell out, Driven Machine Drums will not be available,” Shreve comments, “I want the artists to have something unique.”

Other tools at his studio are his trusty White Lines Audio model K near field monitors. For years he had used Yamaha NS10m passive near field monitors because they translated his mixes well to the mastering process. When NS10s became discontinued and harder to find, Shreve tested a pair of White Lines Audio speakers and was impressed by the fact the speakers had the same translation of the NS10Ms but with a greatly improved stereo image and better low end response. “The Model Ks are great for mixing and sound design,” Shreve remarks, “they tell me exactly what’s going on.”

The concept behind his latest endeavor will draw inspiration from playing live techno PA. Shreve laments, “I want move away from left-right linear time and focus on now, always now. The computer is going to act as a tape recorder only during performance.” His new record will incorporate hours of live tweaks and breaks edited into a ten minute track. Knowing his penchant for experimentation, the results will hardly be predictable.

GREENSKEEPERS IN THE STUDIO MIXING…

Remixing Groove Armada’s “I won’t kneel” amongst other new Greenskeeper cuts. The remix is simply amazing!!! Like Goldfrapp meets Siouxsie And The Banshees!!! Here’s a video of the original.

Check back for the GK version! 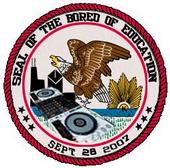 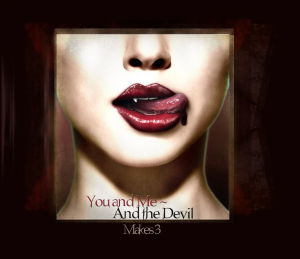 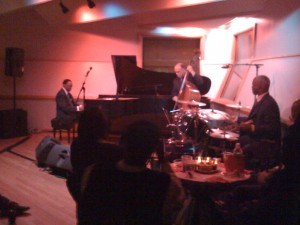