THE WEST FEST IS THE BEST

THE WEST FEST IS THE BEST

Ah, summer in Chicago and what a better way to spend the weekend than at a funky street festival. One of the best is West Fest  – an intimate setting where last weekend the DJs gave the crowd good reason to dance. The highlight was a throbbing house set by Derrick Carter; who rocked the rainsoaked crowd with authority. The Void Airmotion system was the perfect complement for the music and the crowd loved every minute. 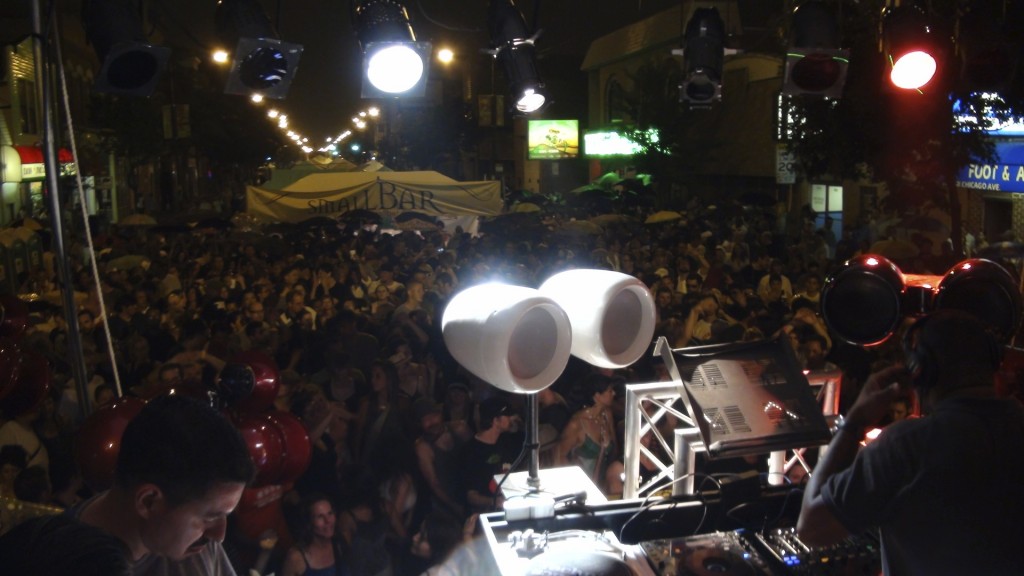 GIBSON ES GUITARS – FROM JAZZ TO ROCK TO BLUES THE FABLED GIBSON ES-335 LIVES ON!

The Gibson ES series is a line of semi-acoustic guitars, that means hollow body electric guitars, manufactured by the famous Gibson Guitar Company. The letters ES mean Electric Spanish style to differentiate them from the Hawaiian ones.

1959 ES-175 – this one was a revolutionary breakthrough at its time and it still keeps high standards. Body of three-ply plain maple, neck of mahogany and rosewood fingerboard, it impresses you from the beginning with the benchmark jazz sound. The zig-zag tailpiece adds a bit of edge to this shiny model.

My own favorite is the Trini Lopez ES guitar and it is actually a reissue of the popular Trini Lopez Standard from the mid 1960s. The unique sound convinced me from the first time I touched it and the vintage look together with the diamond-shaped f-holes make it very difficult to forget.

B.B. King Lucille is the artist’s favorite guitar, I found it extraordinary the way he spoke about it: “It seems that it loves to be petted and played with. There’s also a certain way you hold it and Lucille don’t want to play anything but the blues … Lucille is real”. This beauty was specially manufactured for the “King of the Blues” since 1980.

In my opinion, ES-330 has a will of its own, practically having its own way and convincing you to play all night long. It’s a lively, jazzy guitar, full of energy, whether you plug it in or play it acoustically.

ES-335 Dot Fat Neck – for those who prefer a larger, heavier neck

Also check out the 1963 ES-335 Block Inlay – immortalized the legends like Chuck Berry and B.B.King

Studio 11 Chief Engineer Steve Anderson has released a beautifully produced gem. The release, under the moniker Steve Anderson, is entitled “Late Night Girl” – it features lush introspective vocals mixed with cascading synth and guitars melodies. The record reminds me of Owl City with edge and more guitars. The record also features several interesting cameos like with Chicago Rapper, The Gift. Check out the recording on Facebook:

The record is a good example of why Steveo’s production skills are booked for months in advance.

Some sad news today, I learned that Smart Studios in Madison, Wisconsin is closing March 1st. Smart was an inspiration to the Studio 11 crew when we were starting out, so many classic records were recorded and mixed there. The hard work and pure love of music made that place great. Butch Vig and Steve Marker built the place from recording broke punk rock bands. For that little studio in Madison would emerge a producer who would record one of the greatest, most influential rock records of all time.

I’ll never forget the first time I recorded vox in the main room, the 251 was set up in the room and sound was pure magic. The airiness in mic was reminiscent of the Garbage records, it was magic. The place had a low key, unassuming vibe to it – you wouldn’t that some of the greatest recordings of the past 20 years were made there.

I had stopped in about a year ago to visit a friend who was tracking upstairs and was reminded that even though its heyday had past – great music was still being produced there. I never knew that Deaf Cab’s Plans record was mixed there, but it was in fact it was mixed on the Trident.

I do not know the exact circumstances of why the studio closed, I know Butch Vig has lived in LA now for many years and everyone knows that most big studios are dying fast. Whatever the case, the legacy of that great studio and its exceptional staff will not be forgetten.