Alright friends and family of  Studio 11, it’s that time of year again!!  Time for reflection of the past, and forecasting of the future!  We here cannot thank you all enough for yet another fantastic year at Studio 11, we’ve had some amazing projects come through this year!  So many in fact, that I’m nearly at a loss for words!  Looking over the massive amounts of session files from the A room and the B room is just astounding.  From producers, to artists, and us the engineers, everyone put our all into these projects making your concepts realities.  We couldn’t be more proud of what we’ve all accomplished together.  From artists getting signed, to mixtape downloads reaching over 9,000 in just four days, to just hotness being laid down in the studio on the daily,  everybody deserves a glass raised!  We would like to recognize a few of the artists that took off in 2010:

There are so many more of you too mention it’s just amazing!! Everybody was on the hard grind this year, putting out amazing music covering from backpacker hip hop, gangster, r&b, rock n’ roll, edm, experiemental, and beyond.  Chicago as per usual, is consistently producing some of the best examples of established, and new genres alike.  Everybody that came through Studio 11 in 2010 (or just ever!) were a part of showcasing just how rich and diverse of an artists city Chi really is.

I myself,  couldn’t be more grateful to have been welcomed into the fold here at Studio 11 so graciously… it’s truly been an honor and a privilege to be among your ranks.  I look back and cannot believe the insurmountable amount of talent that we’ve got in Chicago coming through here,  it’s just astounding!!  I know I’m incredibly proud to be a part of it, as is our man Steve.  (not too forget Dan and Alex! I got you!)   We hope you all have had/ are having a wonderful holiday season, and we all four greatly look forward to 2011!  It’s the year of 11 people!! Let’s get some big and bigger things accomplished this year!!

COLD OUTSIDE.. HOT AT STUDIO 11

This week has brought us some more fantastic music from regular clients, as well as new, and some pretty cool out of the norm projects as well!

On Thursday,  a track produced for a clothing company commercial was mixed and mastered by Erik in the A room for Sean Hutchinson; meanwhile in the B room Steve was helping long time client A-List cut together a video highlights reel from his segment “Fast Tracks” on Fox Sports’ “The Best Damned Sports Show Period”!

Hope all of you are well! Till next time… 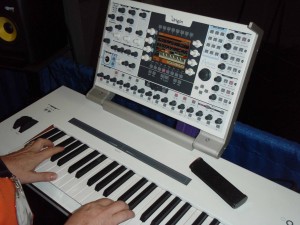 Best sounding synth of 2010!!! Very impressive physical models of Moog Modular, ARP 2600, CS-80, Jupiter-8, Minimoog, Prophet 5 and Prophet VS. The after touch is unbelievable too. 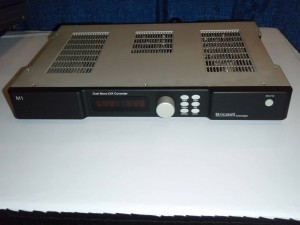 Ahh, the sweet sounding Bricasti M1 D to A converter – designed for audiophiles who demand the very best sonics. Bricasti built this because they wanted too – not because they needed too. 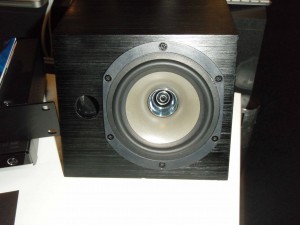 TC electronic Model 42 speakers; they have incredibly flat response and depth to them.  They are a bit enigmatic as I couldn’t find any info on the web

IN THE MIX WITH CRAIG BAUER

The surrounding industrial landscape on Chicago’s near south side is reminiscent of Pink Floyd’s Animals album cover. From the outside of the six-story, forty thousand square foot factory building, you would never know that there was recording studio inside. Nonetheless, a meandering, rustic cast iron stairway leads to the luxurious red chenille and classic mahogany furnished lobby of Craig Bauer’s Hinge Studios.

The studio is capstone on Bauer’s storied career. With a long resume of mixing and engineering for cutting edge artists in a variety of genres, Bauer is probably best known for the five tracks he mixed on Kanye West’s 2006 multi platinum effort, Late Registration. That’s hardly the only standout entry on Bauer’s discography; since the studio’s inception seventeen years ago, he has worked on over 24 Grammy-nominated records. In 2009, he received a Grammy for his mixing work with gospel group, The Clark Sisters.

Bauer’s path to success began in Cleveland during the late 1980s where he was a gigging musician. He taught himself engineering, honing his skills after hours in a friend’s studio. Bauer remarks, “I would play a gig till midnight and then go to studio because no one was recording. I would stay from 1am till 7 in the morning to teach myself how to use a console.” After learning the basics, he found that none of the studio owners in town wanted to give him an opportunity to engineer. Bauer explains, “I never got to assist or intern at studio–I’m completely self taught by necessity.” Looking for greener pastures to begin his career, Bauer relocated to Chicago to open his own facility.

After spending several years spent planning the space, Bauer opened the first incarnation of Hinge studios in 1993. Bauer’s background as musician was invaluable in as many of his first clients were musicians specializing in smooth jazz. He quickly developed a niche in the smooth jazz genre but was looking for opportunities to work with different types of artists. Bauer quips, “I was the king of smooth jazz; I was happy to escape.” The escape route came in an unlikely direction given Bauer’s niche. In 1997, he began working with a young rap group called The Go Getters featuring a then young Kanye West. Over years of working with Bauer, Kanye evolved from a local artist making beats on an MPC drum machine to one of the most in demand hip hop producers in the music industry. From his work with West, Bauer began mixing for many top urban artists like Luducris, Lupe Fiasco and Rhianna, his experience as both a musician and engineer helping him strike a balance between studio prowess and bringing the best out of a song musically.

Motivated by the need to take control of intricate sessions, Bauer has been a consistent early adopter of technology. He was one of the first users of the Euphonix CS2000 console in commercial recording, installing the console when Hinge first opened and using it extensively in mixing his most successful records. Key to the operation of the console were the advanced automation features matched by few other contemporary consoles. “I love that board,” remarks Bauer. “How many studio owners can say they used the same console for 17 years?”

Bauer did make significant gear changes when in 2008 he moved Hinge into the building occupied by fellow Chicagoian, Producer Johnny K. One key change was replacing the tried and true, if aging, CS2000 with a 32-channel Avid Icon D Control console. Hinge now combines the best of both the analog and digital worlds as Bauer uses a 32-channel SPL Mixdream summing mixer on the back end. Bauer cites several benefits of moving to the D Control—the D Control generates significantly less heat than the Euphonix console (saving money on cooling costs), the recall time for each session was reduced to resetting the outboard gear to the session’s settings, and seamless integration with Pro Tools. “I can start mixing in ten minutes after powering up the D Control,” he elaborates. While Bauer says he’s using “less and less” outboard gear, he cites GML EQ and compressors and an SSL Xlogic stereo buss compressor as devices he still relies upon. Bauer tasked GC Pro to help commission the new gear in his room, “ GC Pro was essential in the process of choosing the D Control, they were a huge help.”

Bauer continues to land work from unexpected places. Recently he was tapped to mix the Saturday Night Live Digital Short, “Motherlover’” featuring Justin Timberlake and SNL regular Andy Sandburg. Bauer relates, “I received the session files on Saturday morning to mix for the show in the evening. The master was sent in and approved by the show’s producer–it hit the air twenty minutes later.” Well equipped to handle whatever project is thrown his way in today’s challenging music business landscape, Bauer’s ability to meet his client’s difficult demands has made him an invaluable asset to their productions.

In the studio mixing Ziggy Franklin with James Curd 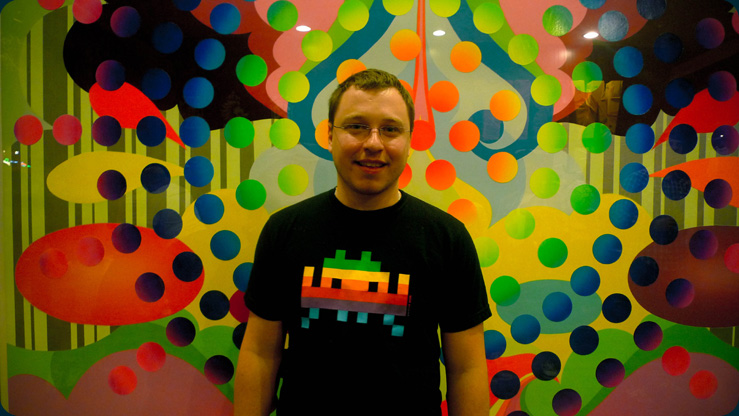